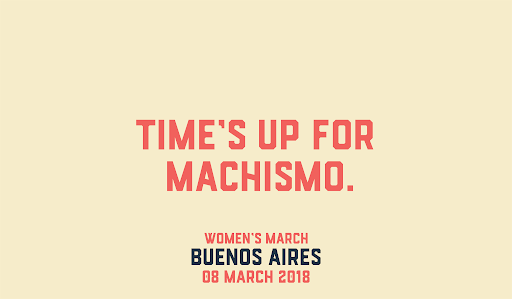 As Women’s organisation, Las Piqueteras and Women’s March Argentina, we have participated in the multitudinous feminist assemblies that were called to organise the 8th March strike and march on International Women’s Day. As a grassroots organisation we have gathered together more than 1,000 women.

During the feminist planning assemblies for the 8th of March, a very large number of women who have been unjustly dismissed from work were given the chance to speak. In a country where there are thousands of laid off workers fighting for their reinstatement, women who have been laid off were at the center of these feminist assemblies. That’s why dismissed women from various work places, such as INTI, the Mint, ATE Villa 31, Posadas Public Hospital and Ferrobaires train, will lead the march on the 8th of March against the adjustment plan and massive dismissals, both policies of Macri’s administration.

Another important issue we will be striking for on the 8th of March will be the fight for legal, safe and free abortion. We are presently at a historical turning point on this discussion — for the first time ever, the government right wing coalition stands divided as a result of this debate. We want 2018 to finally become the year of the approval of the right to legal, safe and free abortion.

In a country where 1 woman is killed every 18 hours for the simple fact of being woman, we say #NiUnaMenos (#NotOneWomanLess in english), stop feminicides. We also demand that an end is put to travesticides (assassinations based on hate to Trans people). We demand justice in the trial that starts 12th March for Diana Sacayan, a trans leader who was killed two years ago.

We as a feminist movement will also demand the release of all political prisoners: Milagro Sala, Luis Delia, Fernando Esteche, Youssef Kalil and more.

In defense of the sovereignty of our natural resources and our territories, we will say no -again- to the establishment of the US task force at the triple frontier. We claim our right to drinking water against any attempt of multinational companies, such as Néstle, to privatise the Guaraní Aquifer.

Because of all this and much more we are going to be striking and marching on the 8th March. In a world where women are leading the feminist revolution, from Argentina we say long live the Women’s Revolution, and that Time’s up for machismo.