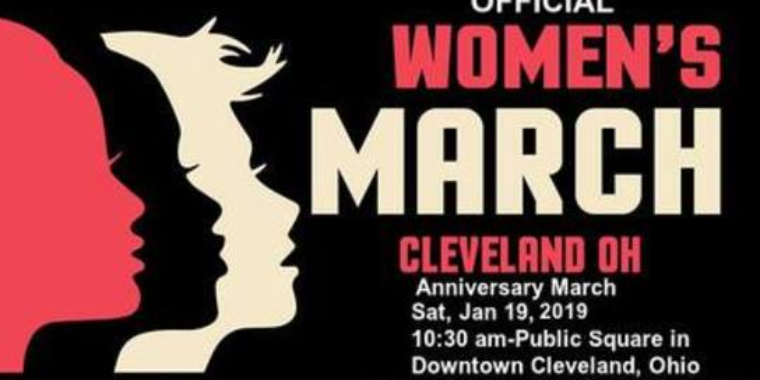 We are outraged. We are organized. They forgot that 5 million women lit the world on fire two years ago. On January 19, 2019, we’re going to remind them when we flood the streets of Washington, D.C., and with sister marches in cities across the globe. Save the date: The #WomensWave is coming, and we’re sweeping the world forward with us

Stand up and march on January 19th, 2019 at Public Square in downtown Cleveland OH, a follow-up to the January 20, 2018 rally and march of some 15,000 people in our city. Let's make this rally and march more diverse, particularly since Cleveland is a largely Black major American city.

Stand up against racism, sexism, and biography. Fight with us for civil and women's rights.

Although registration is not required to attend the march, we’re asking for marchers to register so we can have an accurate count to plan for proper accommodations.

The mission of Women’s March is to harness the political power of diverse women and their communities to create meaningful social change. We are unified. We are empowered. We are one.

Women’s March is a women-led movement providing inter-sectional education on a diverse range of issues and creating entry points for new grassroots activists and organizers to engage in their local communities through training, outreach programs and events. Women’s March is committed to dismantling systems of oppression through nonviolent resistance and building inclusive structures guided by self-determination, dignity and respect.