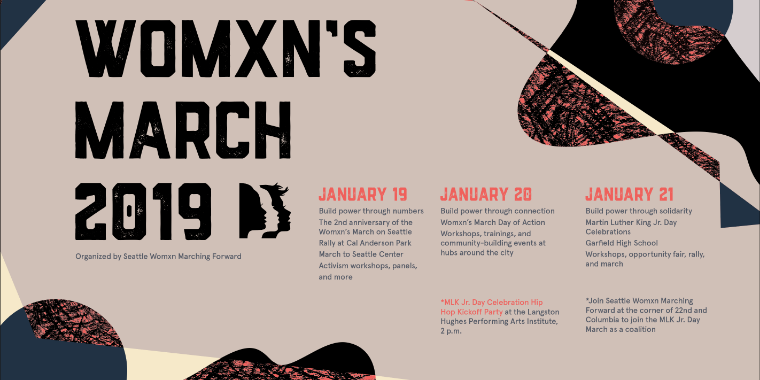 We kick off a the anniversary of the first Womxn's March on Seattle with a RALLY. Hear from the region’s most powerful progressive womxn leaders as they speak about the greatest threats and most inspiring triumphs our communities have experienced in the past year. Af­­ter the rally, we will MARCH to Seattle Center, where we continue our day of service and learning. At Seattle Center, attend one of several “Activism 101” WORKSHOPS designed to energize, illuminate, and activate our marchers for the work to come in 2019 and beyond. See the most recent updates about the march on our website.

Volunteer * Partner With Us * Donate

The Womxn's March on Seattle 2019 is part of a three-day weekend of community, protest, and activism called BUILDING POWER. If you're interested in participating in the rest of the Building Power weekend, see more information on our website. A summary of the rest of the weekend is below.

THE DAY OF ACTION - January 20

We build power through CONNECTION at the second annual Womxn Act on Seattle. Engage with progressive leaders, seasoned activists, powerful organizations, and grassroots groups in a full day of ACTIVATION through workshops, lectures, trainings, small groups, panel discussions and community-building events at hubs and independent locations all around the region.

We build power by honoring the 14th annual Martin Luther King Jr. march and day of service. The Womxn’s March coalition will meet at a designated area and join the march in progress as a show of solidarity know that no one is free until everyone is free. 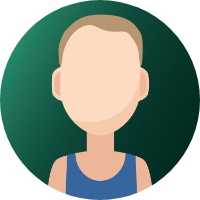