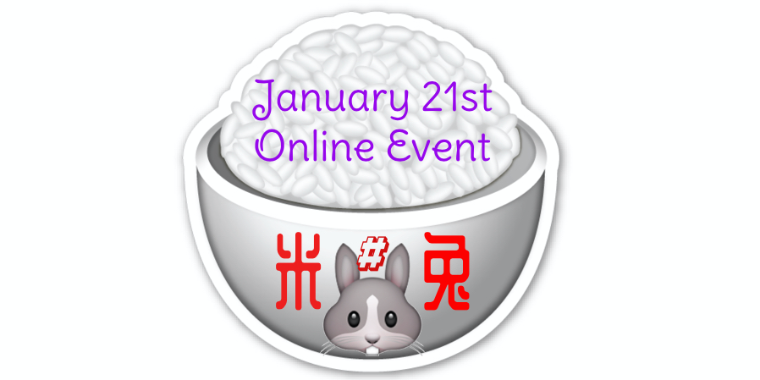 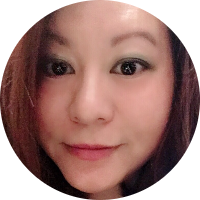 #米兔 in Mandarin or directly translated to rice bunny or rice rabbit in English was popularised by mainland Chinese feminists, to evade Big Brother censorship and escape the Great Firewall in China, used for metoo anti violence work.

Cultural gender norms and traditional patriarchal expectations that disfavour women within Chinese communities that can exist in Western countries or in Asia are often taboo and not openly talked about, it is seen as losing face and bringing shame to the family. Severe social penalisations then occur for female activists, we're socially ostracised, picked apart under intense public scrutiny, facing family, dating and community rejections for being unwomanly "troublemakers", too radicalised to be marriageable material. Losing work opportunities, the support of family and friends, interrogated by authorities for peaceful protestors and jailed for civil disobedience.

In the case of female human rights defenders in China, they're persecuted severely by authoritative governments to silence dissent, captured and tortured, sometimes missing for years and can't be found, sometimes under house arrest with their NGOs and law offices shut down suddenly. Metoo survivors are made an example of within justice systems while suffering the humiliation of our names splashed in the news while people go "what about HIS future", "boys will be boys" and "not all men"!

While the level of support has increased with global metoo, the lack of narratives about cultural influences, especially family pressure, favouritism of boys over girls while growing up, long term effects of legislation and criminalisation of reproductive rights has resulted in the one child policy in China and the two child policy in Singapore, has led to female infanticide in the millions, further policing of surviving females because our parents pin all their hopes on us or behave like we're indebted to them for being lucky enough to be kept alive when so many aren't, this sets girls off on a lonely neglected path of self loathing and compliance to others.

East Asians, in this case we're talking about Chinese Asians, are the scapegoat assumed model minorities in western majority white countries, a model minority myth spread by white supremacist political officials to justify discrimination against blacks, actively pitting Asian against black, any East Asian success is then seen as robbing black folks instead of struggling through the same discrimination, same for attitudes within Asian communities about black folks as well. Of course in those countries, successful East Asian, South Asian or black people exist, are often weaponised back to justify how dealing with systemic issues is a matter of choice.

On a personal level, non white females are subjected to higher standards, face more school, work, family and community pressure to be role models but female high performers are still seen as sub human compared to male high performers, we're perpetual outsiders in a foreign country X 2, by race and by sex.

Much of the anti racism work from western countries focus on black and brown members of the South Asian community, East Asians are rarely talked about. Black and brown people in majority Chinese countries in Asia have the support of black and brown western activists, they have much more narratives that resonate with them, much more attention paid to crafting compatible feminist theory as well as suitable race theory, much more online combined education. While Chinese feminists in Asia are left to fend for ourselves, as seen by Trump's xenophobic "Chinese virus" and "bat virus" tweets in 2020, constant demonisation of Chinese Americans and Chinese in general.

The lack of sustained engagement about this issue has been seen and felt, small but increasingly mighty Asian American resistance often leaves Chinese Americans or Chinese out due the controversy started by American state media propaganda and China's well known history of human rights violations that tickle down to personal attitudes towards Chinese people globally,

We're tainted by China's lack of human rights, no matter where we're, we face nationalistic geographical suspicions that all Chinese people come from China and all support the mainland Chinese CCP government, encounter immediate fears that we're trying to bring China's idea of communism into the Western world while Asian governments are afraid of individualistic capitalism that explodes into polarisation, rioting and general narcissism that erode Asian culture and destroy our values.

When people think rich Asians, they think East Asians, when they think successful Asians, they think East Asians, so the racist hatred of China's lack of human rights is seen as a convenient way of eliminating intimidating competition, East Asians are collateral damage within the Asian American fight for justice and also sacrificed as collateral damage in countries such as Singapore, Hong Kong, Taiwan where majority are Chinese but take an entirely different political view, not indoctrinated into mainland Chinese ideas, didn't grow up under mainland Chinese state influence, not put into rigid education systems and reeducation camps. We sometimes don't even know what CCP education even is, due to the Great Firewall, censorship or language barriers, which is also a problem, we don't know what we're really battling, international Chinese activists are organising in insulated pockets, trying to evade Big Brother oversight, running blind with very little information to work on.

It is filled with the facade of support with far less genuine support beyond virtue signalling. Even Asians in western countries are white washed, can be nationalistic over anti sexist, anti racist, losing ideas of Asian collectivist culture, preferring Western individualism, seeing individual success as a marker of effective activism, placing capitalism and support for their issues as the most important, refusing to support Asians in Asia in return. The ideas of exceptionalism is so widespread that if strictly by merit, the value add is far less, there's a sense of entitlement that Asians in Asia must support Asians with white nationalities, it's not seen as a two way street.

White washing is also occurring with Asians from countries with a coloniser past, Singapore and Hong Kong are two examples, there's an idea that Western white feminism or Western white activism is automatically superior, feeding white supremacy attitudes in the West, frowned upon by Asian activists with more local knowledge, resulting in a refusal of support. This goes the other way around as well, where Asian activists in the West are culturally disengaged from Asian culture and do not understand how conditions are drastically different from theirs, geopolitics matter.

We see this in #boycottdisney, when Hong Kong protestors were calling for a boycott due to one of the actresses openly supporting China's police brutality, Asian Americans were doing the opposite, they started boycotting HK activists who do not make their local issues top priority instead, you see no to little support for Hong Kong protestors with a larger segment of support coming from within Asia, Singapore, Taiwan, India, Thailand and much more. While there's some western political interference when it comes to China's iron fist in HK, it's unclear if it was more to gain social currency with their own Asian minorities, to gain more overall global political power over Asia or a genuine want to see justice for HK and Asians. The reporting, stories and policies are often based on a superficial idea of China as a hopeless country with hopeless leaders without a balanced point of view, Western colonisers have a history of waging war to exploit native resources, rescuing often comes with a repayment and the long term price can be astronomical.

The conflict of interest between east and west has been made harder by anonymous online actors which can very well be state appointed, genuinely interested individuals who have legitimate reasons to be afraid or profit motivated astroturfing by tech savvy lobbying groups. Small independent non profit volunteers like us lack the funding, manpower and a suitable local political climate to grow our activism, our sacrifices are so overwhelming large, lost of work opportunities amongst one of our greatest worries, we volunteer for years, even tens of years and we're still demonised, never ever seen as good enough, trapped within the war of East and West politics, showing us how much gender equality and race equality is a distant dream.

Join me on 21st January 2021 to amplify Chinese women under siege, Chinese women personal and political sufferings, let the world know about what we go through, celebrate the bravery of being female human right defenders and lovers of social justice! 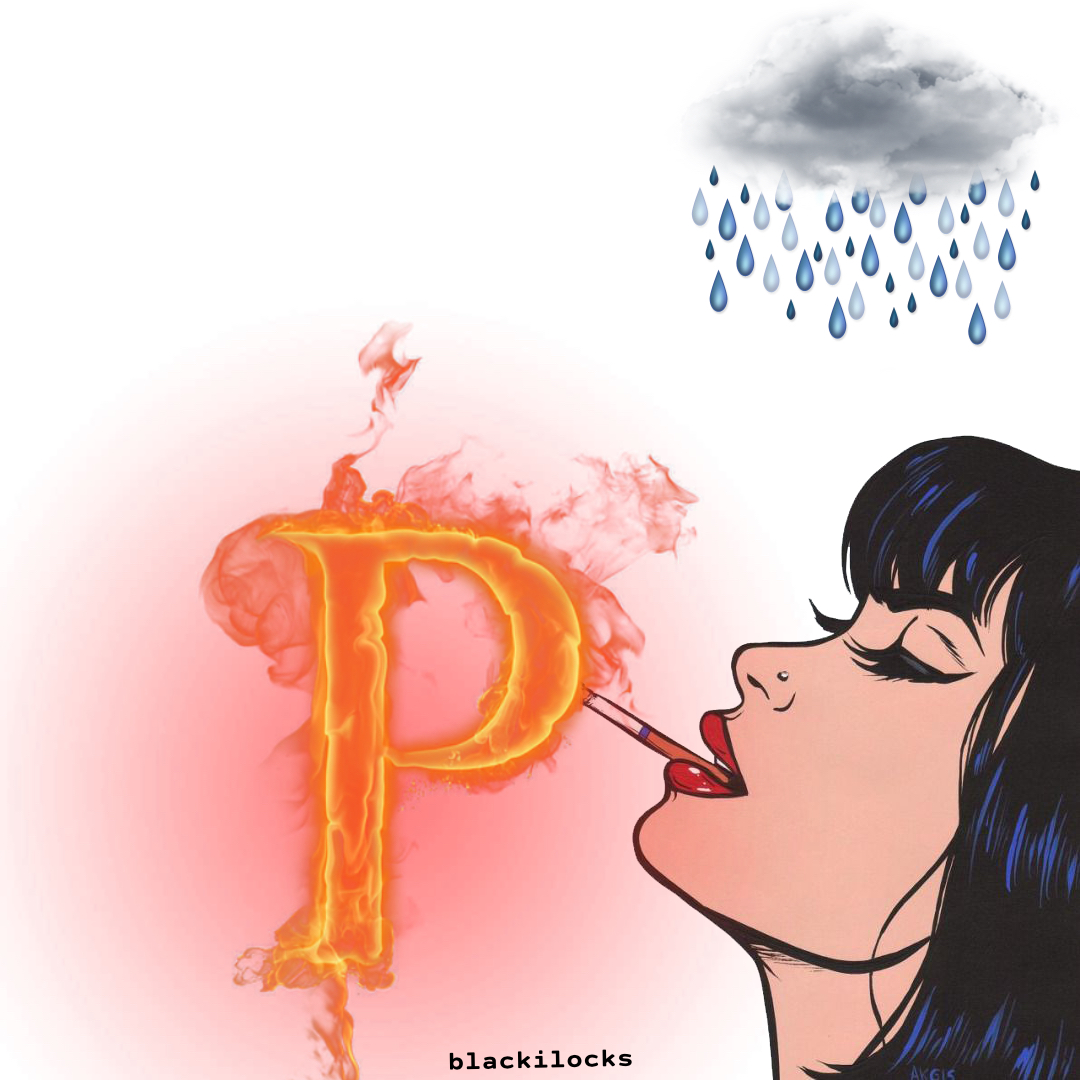